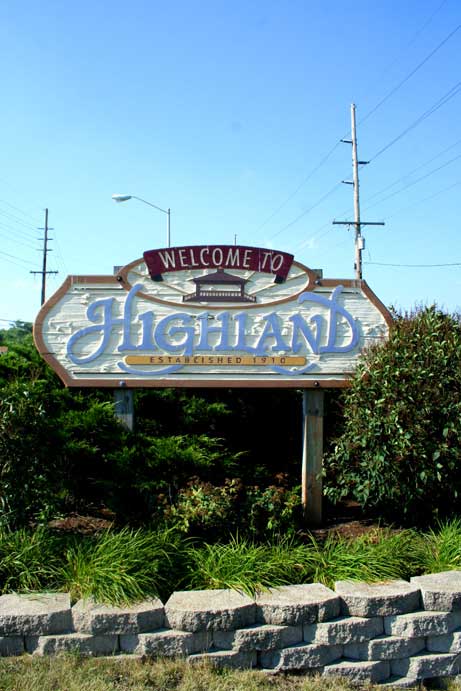 Highland, Indiana: A Jewel in the Lake County Crown!

Highland is a town in Lake County, Indiana, USA. It's part of the Chicago metropolitan area & North Township, and is bordered by the towns of Hammond (north) Schererville (south), Griffith (east), and Munster (west).The Chicago metropolitan area, aka Chicagoland, includes Chicago and counties located in northwest Indiana, Illinois & Wisconsin. North Township is one of 11 townships in Lake County, Indiana. More info here.

Lake County is located 25 miles S. of the Loop. In 1847, Ohioans Michael Johnson and Judith Johnson settled what became Highland. Their son, Rod Johnson, discovered a flock frozen in the ice of the Little Calumet River in Indiana one winter. He was able to harvest enough ducks with a stick to purchase 20 acres of land. If they consented to drain the land, they could purchase large tracts of land at $1.25 an acre under Congress's Swamp Land Act. 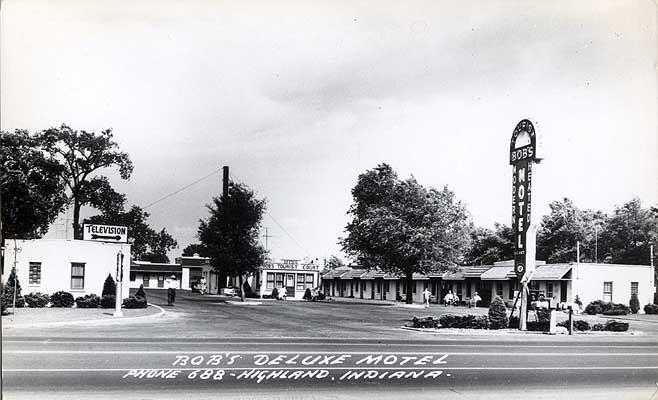 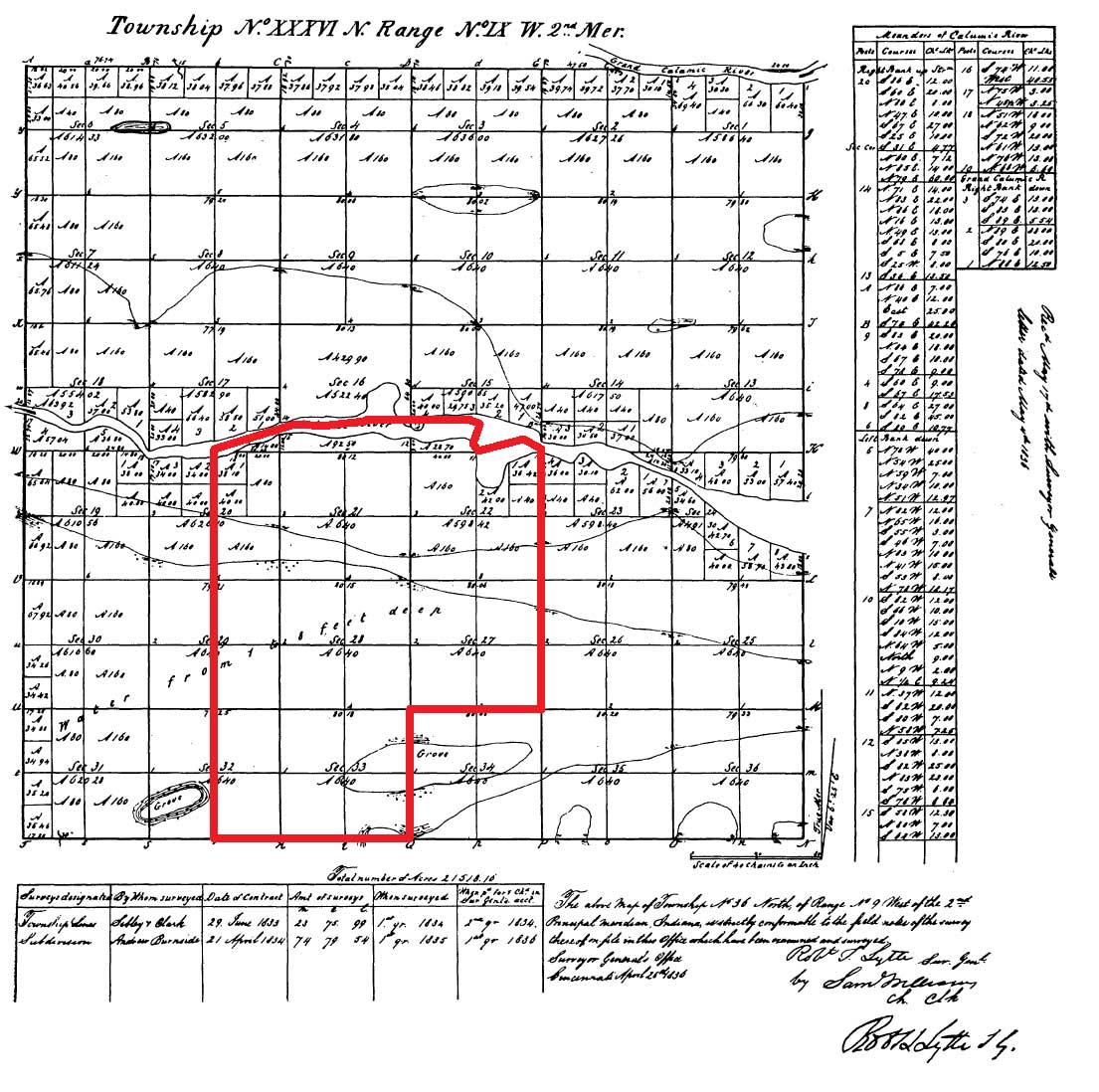 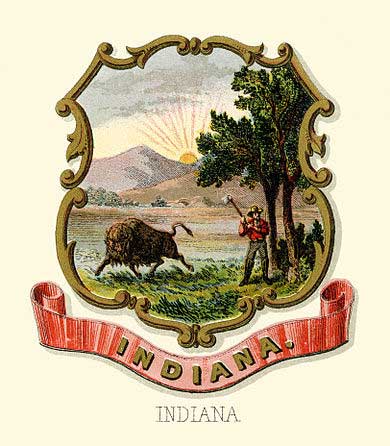 Aaron Hart, a Philadelphia book publisher, also purchased land in Highland. Hart Ditch was the name given to Plum Creek, which went from Dyer into the Little Calumet.

The Chicago & Atlantic Railroad toured the area in 1883. After surveying miles and miles of swamp, railroad surveyors called it the "Highlands". John Clough, a large landowner, was responsible for platting the town. For mail delivery purposes, the area was briefly called Clough Postal Station. However, the railroads surveyors chose Highland.

Soon Dutch settlers began to move to Highland from the nearby Munster. They provided a lot of the cabbage needed to start the first industry in the town, the kraut factory. The town also had a second kraut factory, a cement block company, and a brick manufacturing plant.

Many other railroads also passed through the area in the early 1900s, which encouraged agriculture as well as other businesses. Highland, which had a population totaling 304, was established in 1910. The Farmers and Merchants Bank was the first bank to be established. In addition, a volunteer brigade and fire brigade were also established in 1914. Wicker Park was transformed from a pasture into a park in honor of the soldiers of World War I. The dedication was led by President Calvin Coolidge.

The Great Depression dealt Highland a severe blow. The bank and lumberyard that Highland owned were also destroyed. After World War II, the financial base of the town changed from being agricultural to becoming commercial. The theater was also built.

Highland's population doubled in the 40s. It exploded in the 50s, increasing from 5,878 people to 16,284 by 1960. Many of the new residents were from nearby cities like Gary and Hammond. Highland was a beneficiary of the country's attraction towards the suburbs in 1950s. Hammond thought about annexing the town in mid-1950s.

The population grew to 25,935 in 1980. It then fell to 23,696 by 1990. In 2000, Highland had a white population of approximately 93 percent. Although the downtown area has a small business district with many businesses, most of them are located along Ridge Road and Indianapolis Boulevard.

Things To Do In Highland Indiana: Recreational Activities In Highland, Indiana

Highland has 198 acres parkland that covers the entire community, providing plenty of opportunities for outdoor activities. Main Square hosts events throughout the year, beginning with New Year's Eve Fireworks in January and ending with the annual 12th Night Tree Burning. Highland loves community events, and fills the park with food and craft when the weather is warm. Main Square Park hosts a variety of events that you won't want to miss Highland festivals like the Midweek Music & Market and Summer Theatre, Fourth of July Festival, Last Call for Summer Festival, August, and the Midweek Music & Market.

The annual Car Cruise in June and Festival of the Trail October are also both worth attending. Highland is also home of the Erie-Lackawanna Trail. Highland's 70-acre landscaped trail is available for all types of activities, including jogging, walking, and people-watching. Sheppard Park also has a state-of the-art skateboard park.

One of the highlights of summers in Highland In are the town's Summer Concert Series at Wicker Memorial Park. Other Wicker Park events include family campouts, casino trips, cruise trips, and food truck festivals. 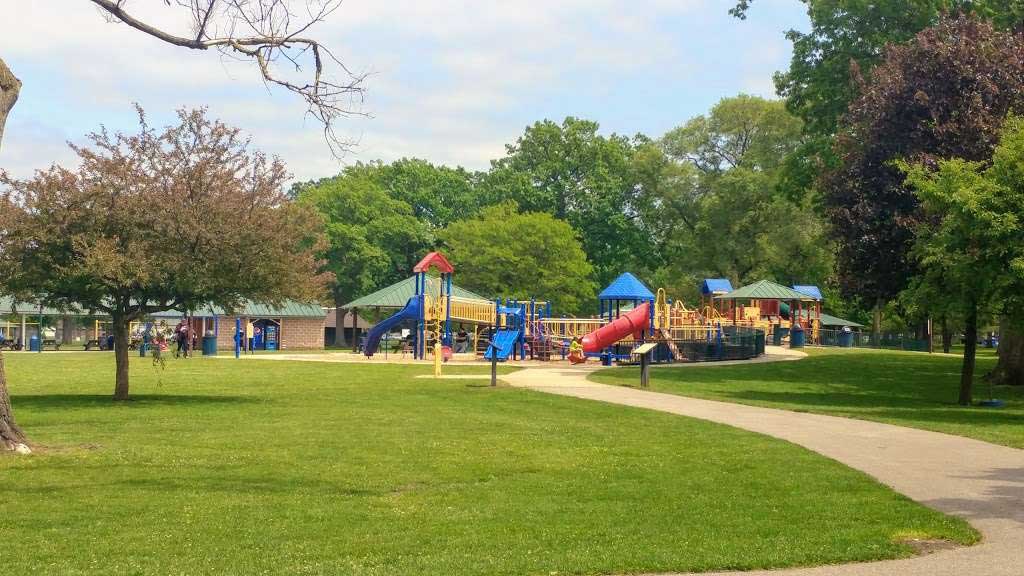 White Rabbit Escape Room offers two exciting escape rooms that will challenge your brain and get your blood pumping. Their escape rooms can be used to have a great time with family or friends, or for bonding with coworkers. 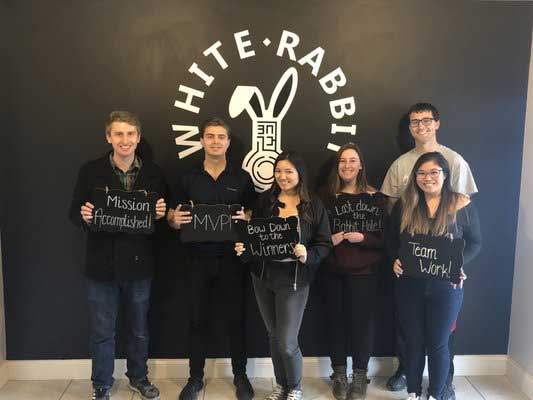 Brewfest has been serving the community in Highland since 2017. They offer self-pour beer and cider, free popcorn, music, outdoor seating, food trucks & more. 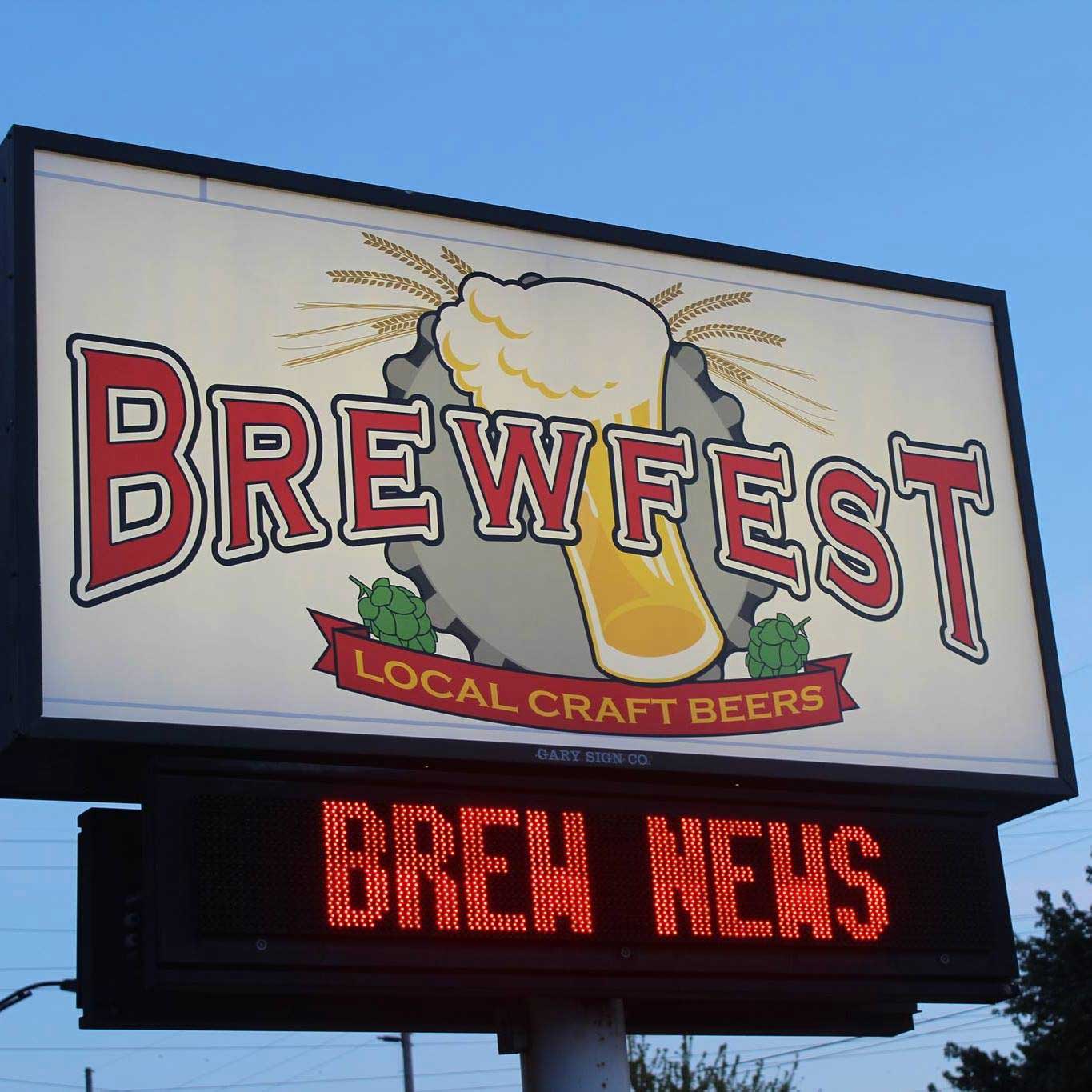 ESPA is a female-owned spa and wellness center located in Highlands, NWI. It was founded with a passion to health & esthetics. At ESPA, tranquility and balance are combined in a way that creates an atmosphere of well-being and calm. 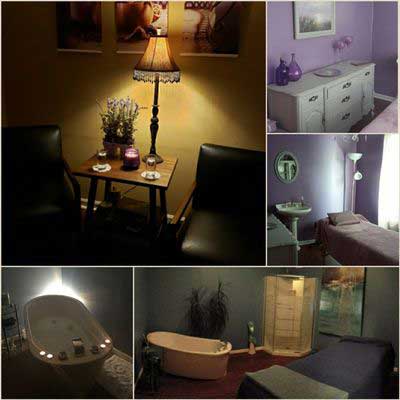 Plaza Lanes in Highland, Indiana is a great place for entertainment & family fun. It's been around for over 60 Years, and provides an enjoyable, exciting and competitive atmosphere for its customers. 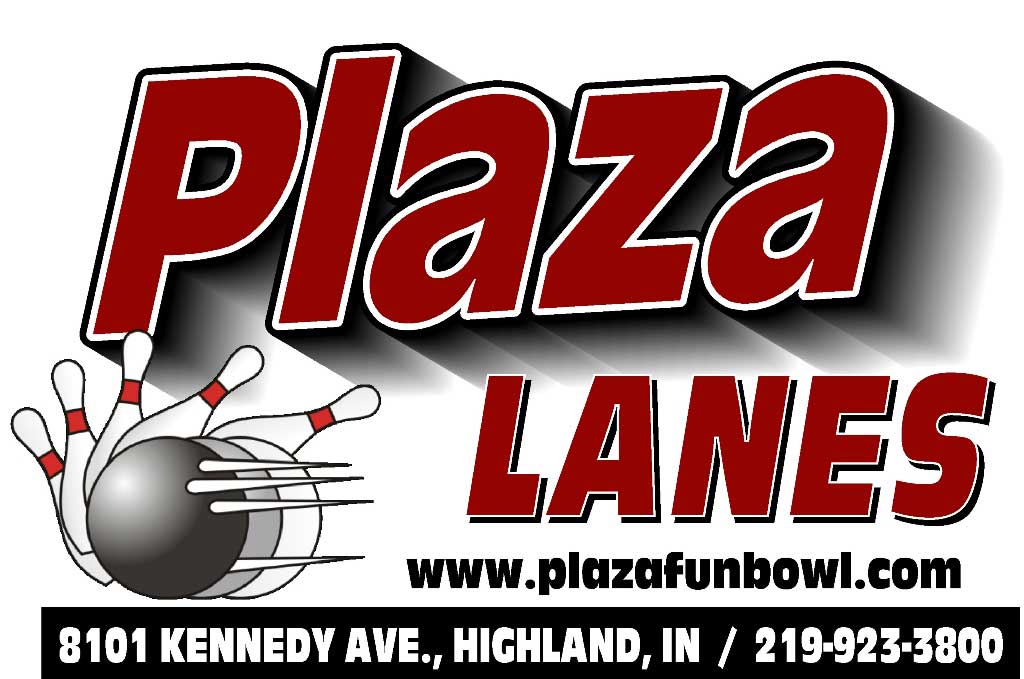 Visit for one of their many events, or to see vast selections of antiques, vintage items and collectibles at one of the largest Antique Malls in Indiana. 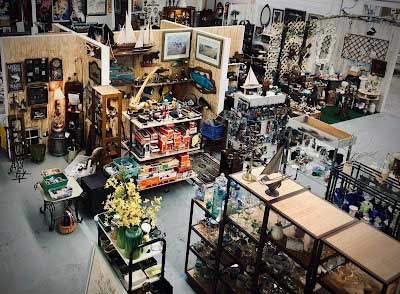 The Lincoln Center is a large recreational center with family-friendly programs, including sports activities, in a multipurpose space. It's a source of community pride and strength within the neighborhood. 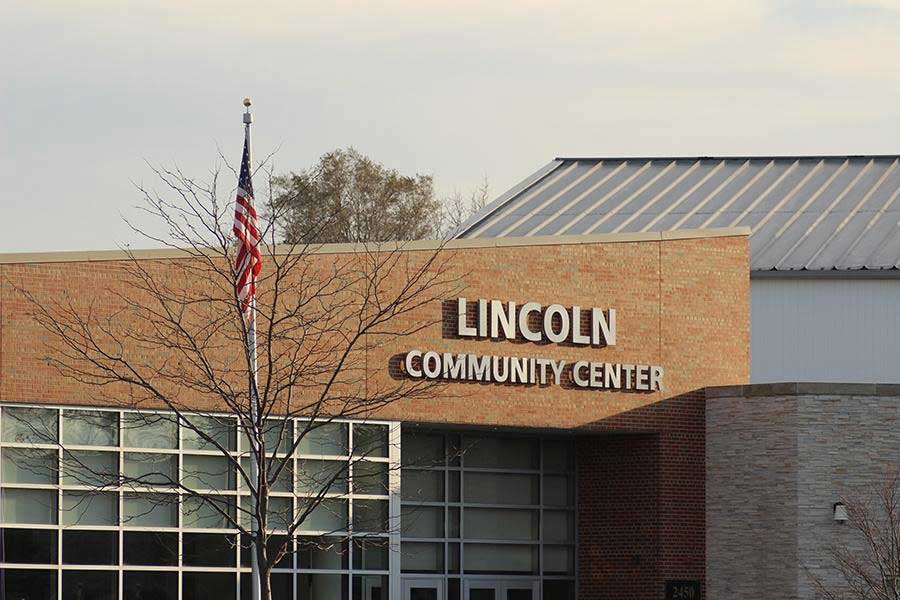 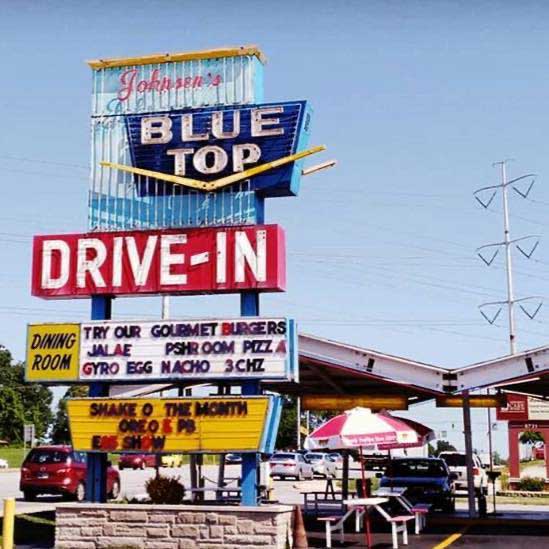 Transportation In Highland, IN *

Highland lies just south of the Borman Expressway. U.S. Route 41, known locally as Indianapolis Boulevard, is a major north-south artery in the town. Several other Interstate and U.S. highways are within a 20-mile (32 km) radius.

The town's pedestrians and cyclists are served by the Erie Lackawanna Trail, a cycling/multiuse, paved rail trail, which cuts diagonally through Highland, connecting the town with Griffith, and Crown Point, to the southeast. The Highland portion of the trail is also known locally as the Crosstown Trail. The trail runs along the former right-of-way of the Erie-Lackawanna and Baltimore and Ohio railroads, and will eventually connect pedestrians to Chicago, Illinois, to the northwest and beyond Crown Point to the southeast by planned trail extensions. The trail also links Highland, by connections with other trails, with Porter County to the east.[13] 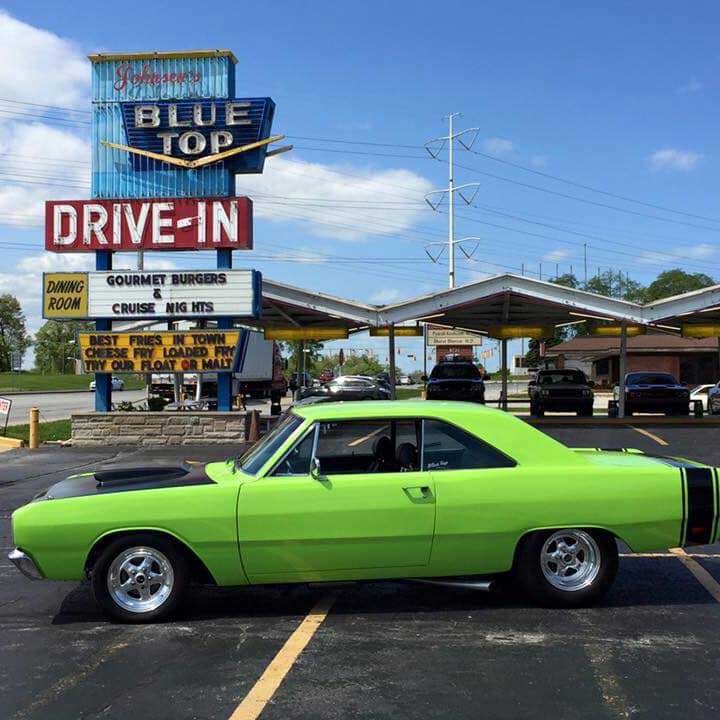 The School Town of Highland is the town's public school system, which operates Highland High School, which was established in 1957, as well as a middle school and four elementary schools. The area where the former Main School once stood is marked by a gazebo, which was demolished in October 2006 and rebuilt in 2007. It and the surrounding land are named Main Square Park after the now-defunct school that stood on the site until 1977. One of the other defunct schools, Lincoln Elementary, was converted into a community center in the early 1980s. The other, Orchard Park Elementary, closed in 1981 and was later purchased and reopened as a Calumet Baptist School in the early 1990s.

Highland also contains three private schools. Highland Christian School was founded in 1909 and has been in its present building and location since 1951. Our Lady of Grace School was founded in 1954 and is run by the Diocese of Gary. There is also Bible Baptist School that operates on the site of the former Orchard Elementary School. 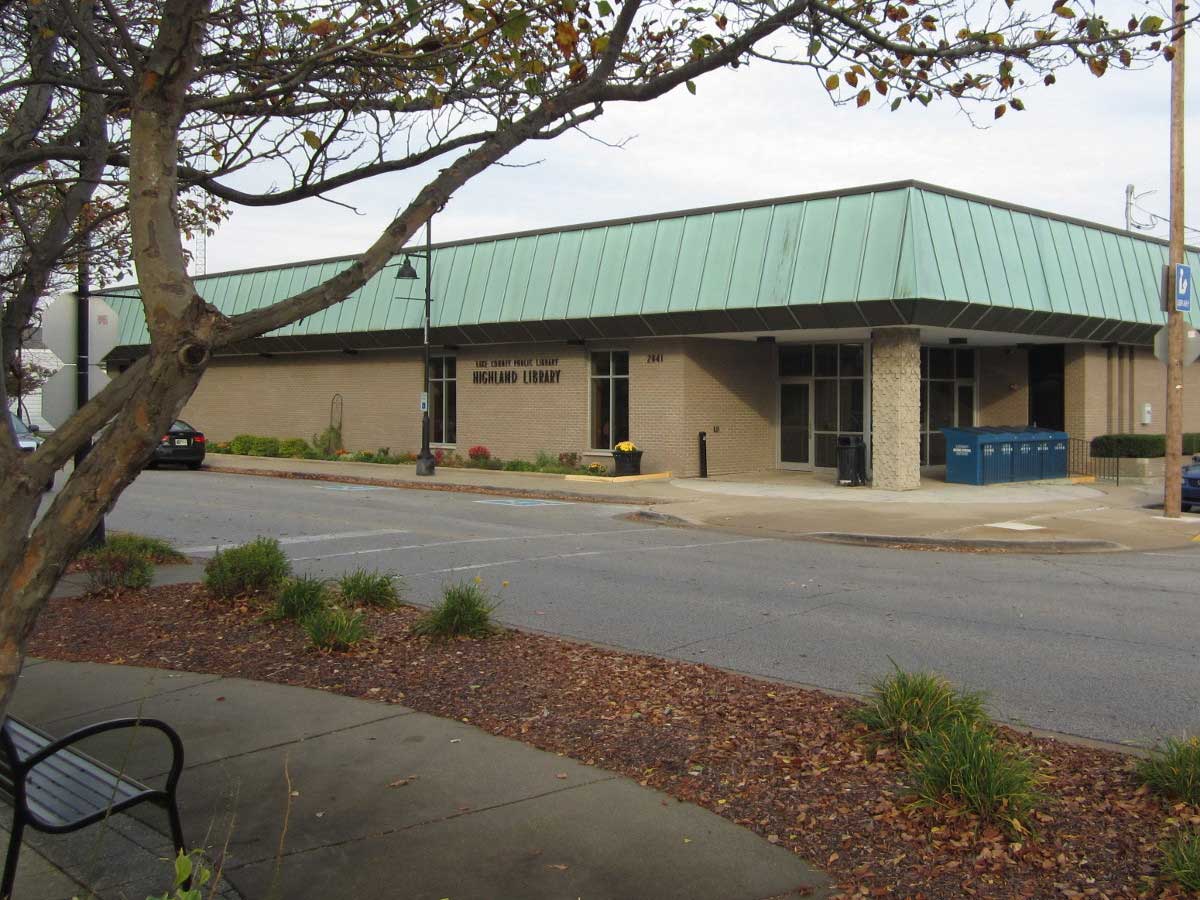 What is the Zip Code for Highland, Indiana (Lake County)?

What County Is Highland Indiana In?

Highland is a town in Lake County, Indiana, United States.

Is Highland Indiana A Good Place To Live?

Yes! Highland is a small Lake County town, but has a lot to offer its residents. The close proximity to Chicago is what makes Highland one of the most desirable towns in Indiana. This gives Highland residents many job and recreation opportunities. Highlands schools are rated average to slightly above average, however Judith Morton Johnston elementary School is rated 8 out of 10 on greatschools.org. Highland Indiana houses average $180,000 to purchase. Highland, Indiana is currently ranked as the 16th most safe city in Indiana, and rates of property and violent crime are much lower than the Indiana average. 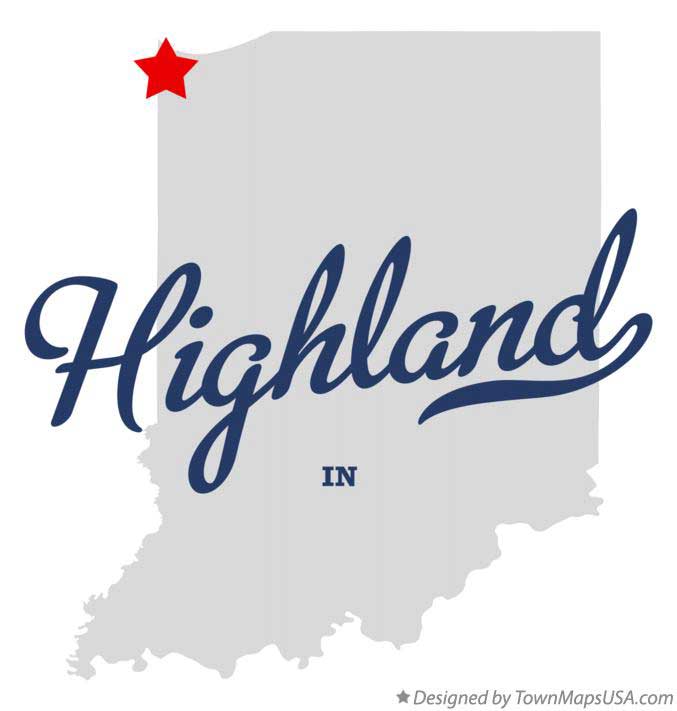 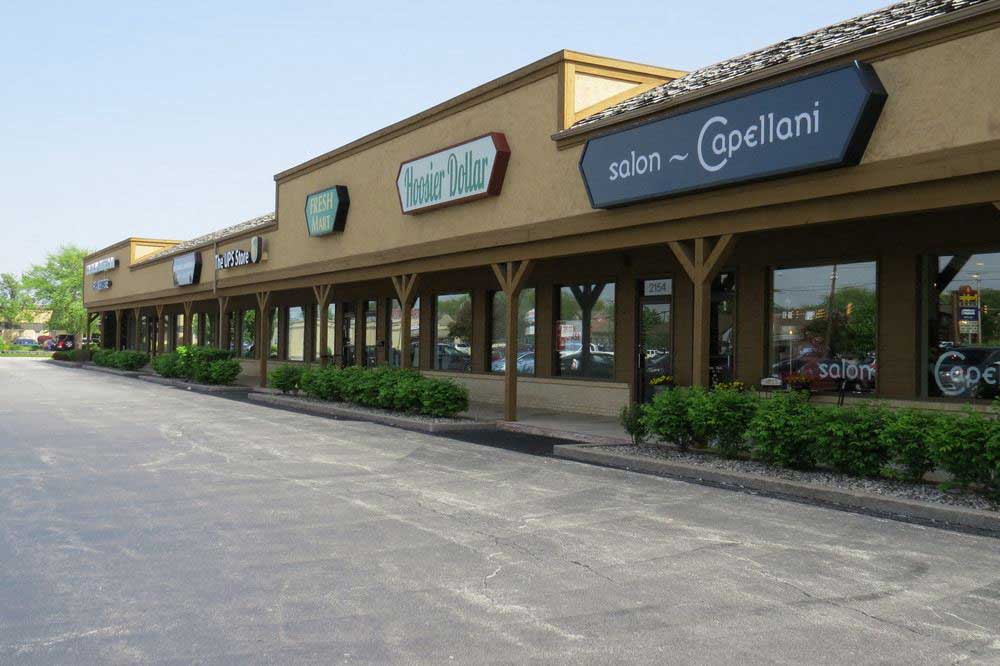 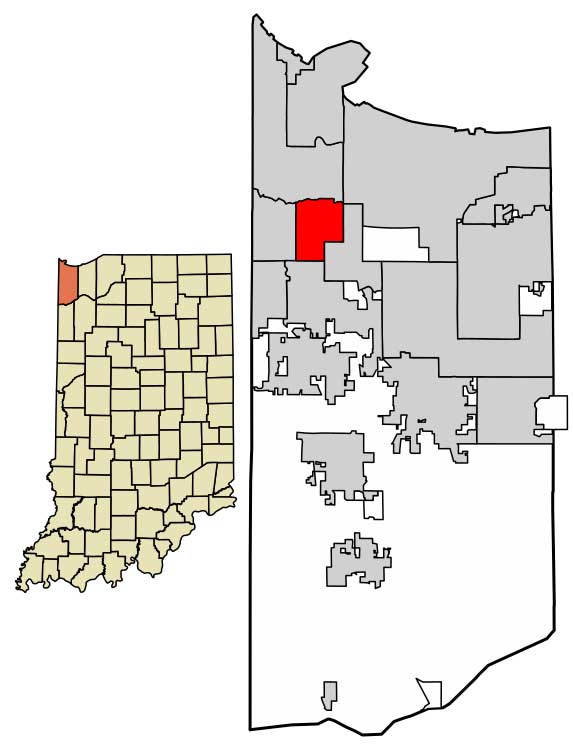 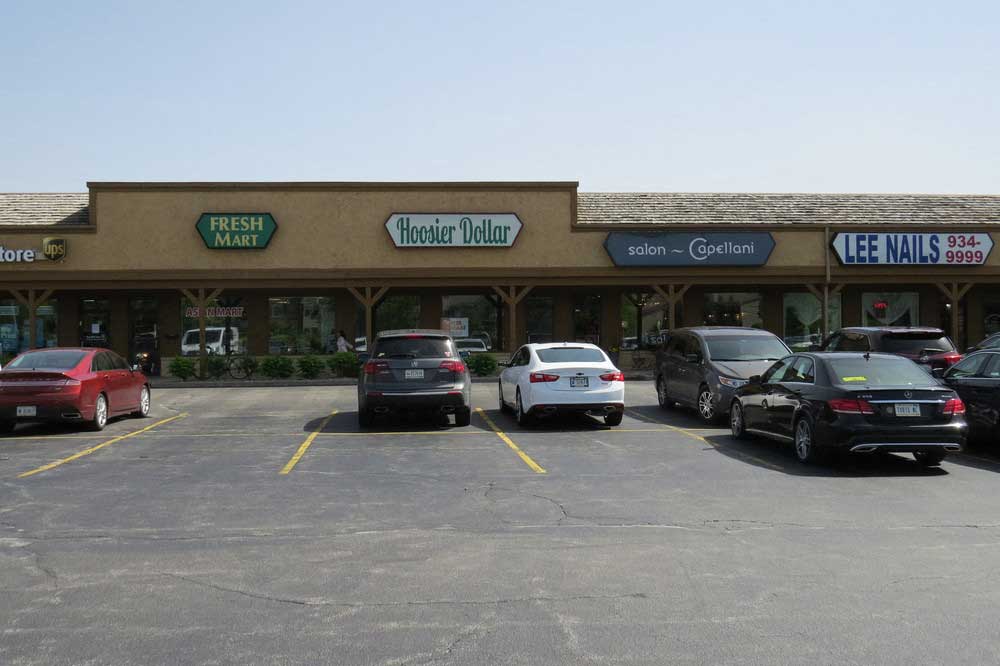 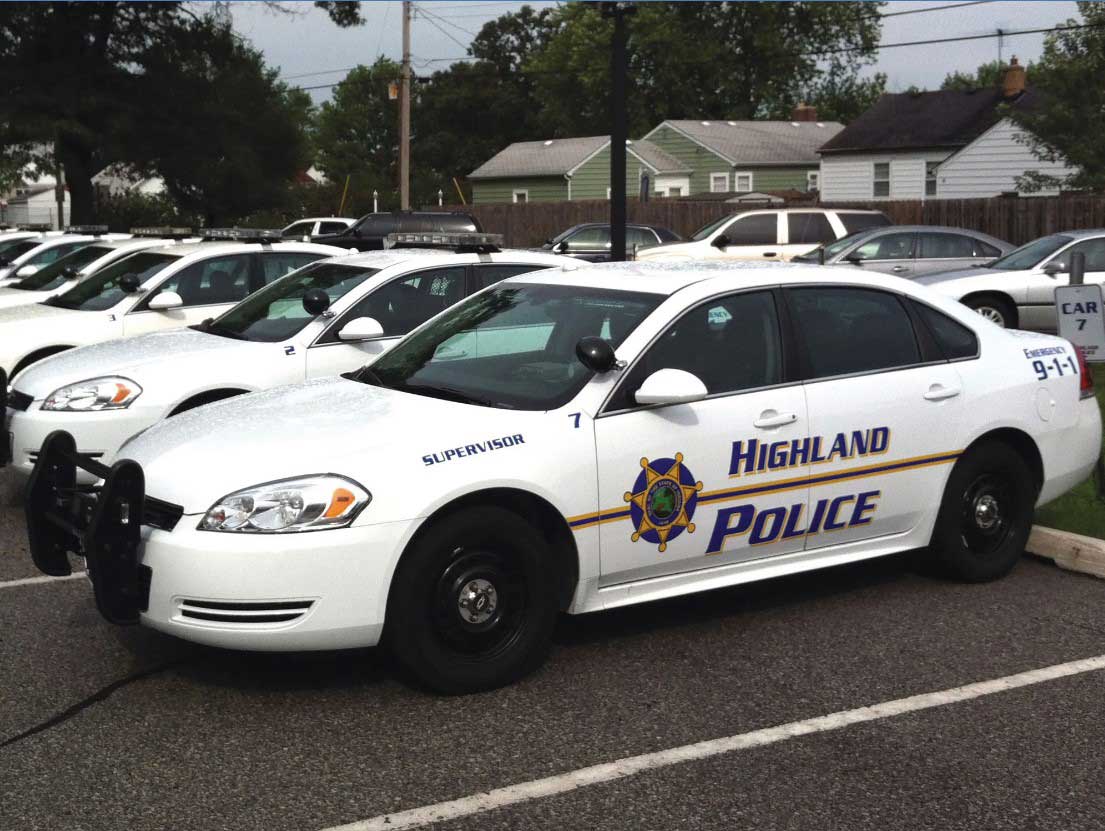 A page about Highland, brought to you by Colby Dental.

Where Is Highland Indiana?

Where Is Highland Indiana Located?

Is Highland Indiana A Good Place To Live?

Highland Indiana Things To Do

What County Is Highland Indiana In?

What Is The Curfew In Highland Indiana?

Highland, IN Current Weather Report In 46322

Neighborhoods In Highland, IN

Call or Come by for a Visit